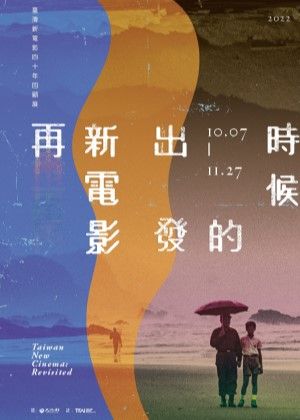 Towards the end of WWII, Japan was under huge pressure. At times, colonial Taiwan was not only bombed by the US but also exploited by its metropolitan state. The Japanese government conscripted Taiwanese to fight in Southeast Asia in the service of the emperor. Locals are asked to hand in iron tools and cattle to fulfill military supplies. The story focuses on two brothers who are tenant farmers. They are concerned with feeding their families because the landlord is going to sell the farmland. One day, a bomb falls onto the field and lies unexploded. Thinking the bomb is a gift from God, they carry it excitedly into town. They wish that bringing the bomb could be rewarded by Japanese officers.

The film is the first piece in WANG’s trilogy of Taiwan history. WANG forges the slapstick comedy with humanitarian concerns; he illustrates the simple and honest nature of the Taiwanese that they grin and bear difficult situations, which would make viewers laugh in tears. WANG’s comedic style and glamorous language are as great in degree as novelists HUANG Chun-ming and WANG Jhen-he are in nativist literature. The film scouts locations in Yilan, where the watercolor artist LAN Yin-ding was born. WANG refers to LAN’s work in the Shōwa era to build up visual images of the times. There are many Taiwanese performing artists in the film, including JHANG Bo-jhou, an actor who participated in Taiwanese dramas, JHUO Sheng-li, who often dubbed for Taiwan Chaplin Hsu Pu-liao, and actresses YANG Guei-mei and Auntie Wun-ying who have launched brilliant careers since then. The film was dubbed into Mandarin when it was released. The festival screenings will offer the original version in Taiwanese.